A trip to Jordan to bring up the name of Italy 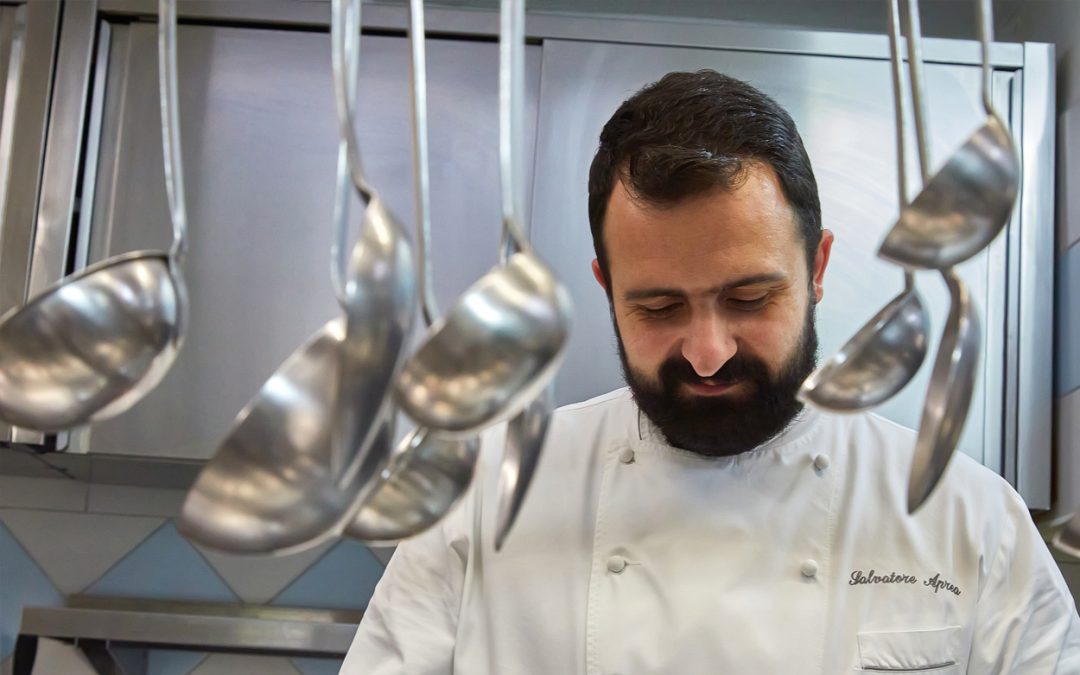 The Week of Italian Cuisine in the World is an event, now in its sixth edition, aimed at promoting the enogastronomic culture of our country abroad. The main theme of this year’s events was “Tradition and Perspectives of Italian Cuisine: Awareness and Valorization of Food Sustainability“. Salvatore Aprea, chef of the “da Tonino” restaurant, together with chef Giuseppe Silvestri, went to Amman, Jordan, where he had the honor of representing Italy, with its rich culinary tradition and unique products.

What kept him busy from November 21st to 28th was an intense week to say the least, full of events to participate in. One of the most significant moments, as the chef himself recounts, was definitely the two-day training course he held for young Iraqi refugees. “It was a really moving experience for me,” Salvatore reveals; “my students were kids who came from a very difficult situation, who had escaped the horrors of war. While we were there, they shared their stories with us, and it was immediate for us to empathize with those very difficult stories. Among them, for example, was a young man, a pizza maker, who ran a restaurant for twenty years; then, a bomb destroyed this dream of his, and sent his life’s plans to ashes. This was just one of the terrible scars the boys bore on themselves, and yet, in those hours we spent with them, they seemed serene, willing to leave everything behind, to invest in their future and create a new life for themselves.”

But the significant experiences certainly didn’t end there. Another important moment was the course held by Salvatore and Giuseppe on techniques for the preparation of pizza and bread at the Royal Academy of culinary arts, an important training school for chefs, in which a small group of talented students had the opportunity to participate. Finally, this intense week continued in the beautiful location of a resort on the Dead Sea, where chefs Aprea and Silvestri cooked at a gala dinner, ending with the last event held at the residence of the Italian ambassador to Jordan.

“One of the aspects that I will remember about this experience,” Salvatore reveals, “are certainly the intense rhythms we had to face: we had only one week to enhance, with our work, the millenary Italian enogastronomic culture. To do this, we focused on traditional dishes, simple recipes that did not require long preparation times and that could be made with products we could find even so far from home. On the other hand, this was the theme of this event: good cooking under the sign of sustainability, without waste”.

At the end of this journey, in which our chef has demonstrated all his talent and held high the name of our country abroad, he too will certainly take something home with him. “What helped make this experience special for me was the opportunity to get to know another culture up close. A culture that in some ways is very distant from us, but with which we basically share so much: Jordan is in fact still a Mediterranean country, and we have many products of our respective culinary traditions in common.” And perhaps this is one of the lessons we can learn today from the world of cooking, and also from experiences like this one: how beautiful it is to value diversity, to savor tastes different from those to which we are accustomed, but also to look for the many traits in common with the other, to feel a little closer at least at the table.