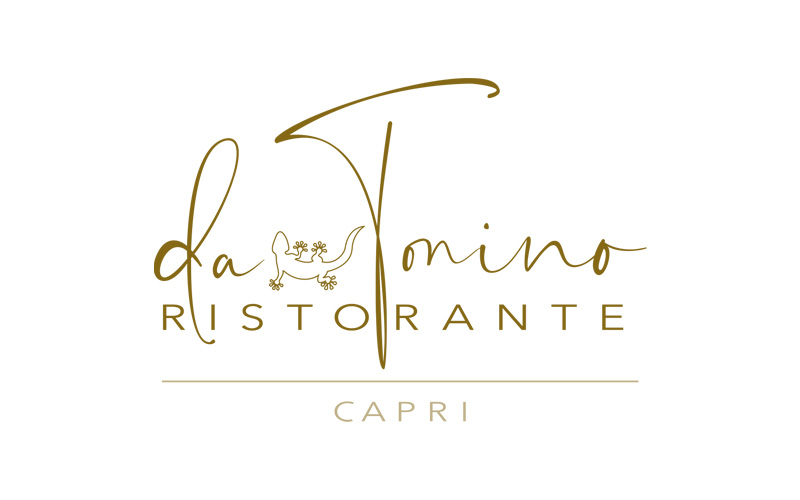 An open-hearted testimony, from the memory of the origins to the future challenges to be faced

“The story of the “da Tonino” restaurant is the story of two ways of understanding cuisine: two visions that are not dichotomous, mine and my father’s, but rather one the natural continuation of the other, both tied to solid values and the goal of always offering the best products to our customers.

The restaurant was founded in the 90s by my father; it was inaugurated on March 19, 1993, on St. Joseph’s Day, and for years this date has remained emblematic: March 19 marked the day of the reopening of the restaurant after the winter break. It remained in business until after the Epiphany, at a time when Capri’s restaurants used to face a longer season, which allowed us to work for several months.

Right from the start, our love for traditional cuisine was the stylistic hallmark of our cuisine; at the same time, however, we knew how to distinguish ourselves thanks to a search for the best ingredients, for seasonal products… we managed, for example, to always bring to the table non-farmed fish, maintaining partnerships with local fishermen.

When, in 2013, after a brief pause during which the restaurant was managed by third parties, we returned to take command of the restaurant, we decided to change course: the concept remained that of offering local cuisine, but enriched by more sophisticated products, more elaborate preparation techniques, as well as with the addition of ingredients that, although not typical of our area, would fit well with the typical tastes of Neapolitan cuisine. In short, it was a bit of a revolution for the face of the restaurant.

At the beginning, as with all such radical changes, we encountered some difficulties: on an island with such a strong vocation for tourism, visitors are expected to seek out only traditional cuisine; even among the resident population, our desire to experiment could have turned up many noses.

In the eyes of everyone, our attempt might have seemed like a gamble, but over time our courage was rewarded, and we reaped the benefits of our work and passion.

If I were to reflect on what drove me to leave this adventure, not to settle for a safe path, but to take off towards unexplored routes, I believe that the experience accumulated over many years, working in starred restaurants around Italy, certainly played a fundamental role. In those realities one could certainly not rest on one’s laurels, proposing safe recipes to a very demanding clientele; having had that kind of training, I could not have understood my cuisine in a different way. I believe that today our “diversity” is an important reason for people to come to the restaurant despite the relative distance from the center of Capri: people are not satisfied with the many tourist places they find in the center, and decide to come to us because they know that the experience we offer them is unique.

However, we have found many obstacles in our path, and some of them we still face every day. One depends on the nature of Capri itself: being an island, it’s not always easy to find many products, or at least those necessary to make a quality and refined cuisine. It’s complicated because of transportation, a problem we islanders experience firsthand: often the boats don’t leave because of bad weather or other reasons. These are all challenges that we face on a daily basis, and only through great resilience and dedication can they be overcome.

It’s always difficult to answer the question, “How do you see your restaurant doing tomorrow?” It’s difficult because you never know what the future may hold, even more so in the uncertain times we are living in. I only hope to continue to grow as a chef, and I wish the same for the restaurant and obviously for the excellent staff that surrounds me. Our goal is basically one: to improve every year and give something more to our customers. They are, after all, the real stimulus that invites us to overcome our limits, to prepare ourselves in the best possible way while waiting to face the next challenge head on“.